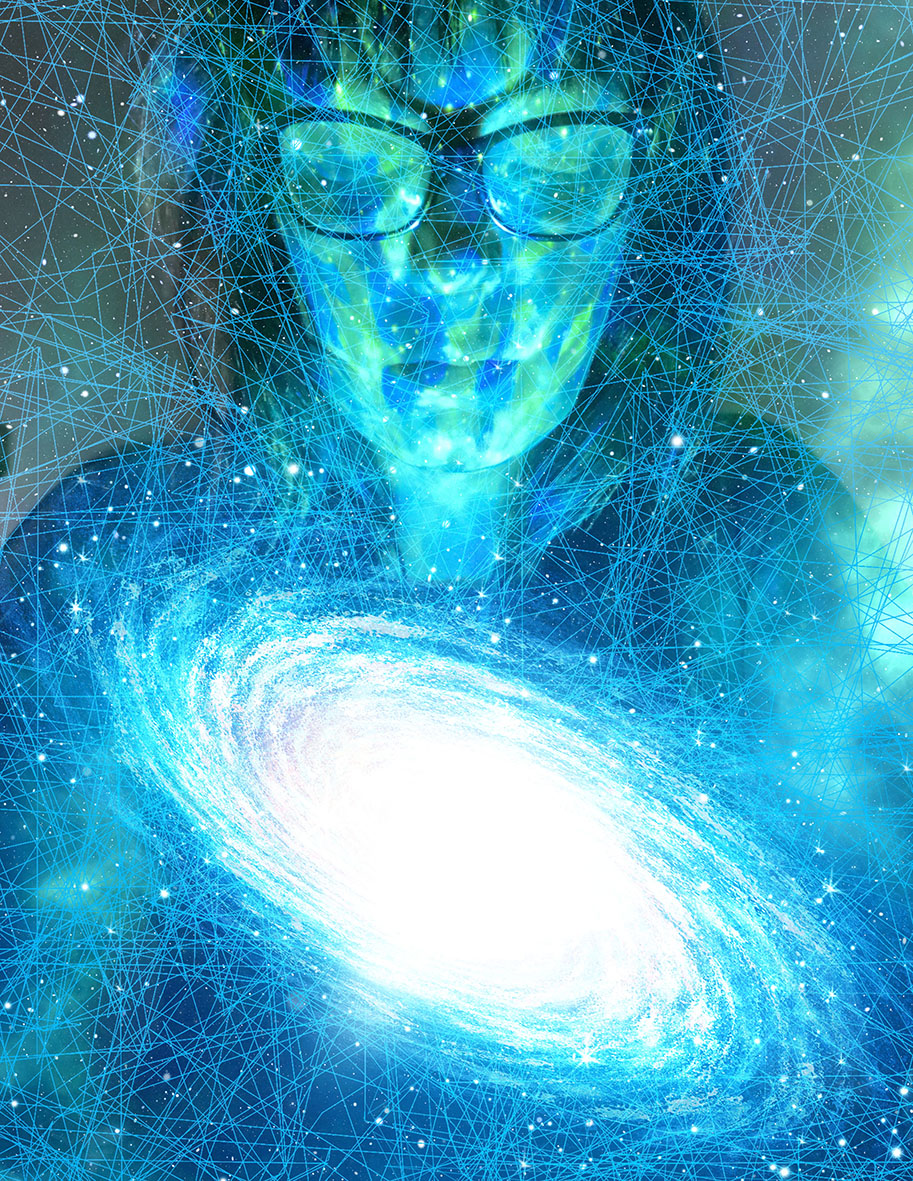 When the high strangeness started I was living in London with a boyfriend who was kind of black and white about life. ACADEMIC intelligent. Psychics and mediums were kooks and science was the only way.

Even though he was a good man, this boyfriend did drink a lot of alcohol and sometimes he would scare me. I knew in my heart that he was not the man for me but I was not making a choice either way and everything was building up in me.

It all began changing after we had been skiing in Geneva and I slipped some disks in my lower back. I was confined to home for a long time, going back and forth from the hospital and then going through physio.

Physiotherapy with the NHS was pretty amazing. Along with the exercises, they had me listen to meditations for pain.

So, I began meditating for the pain and got to keep the CD and take it home. I guess this is where my experience with meditation begins, although, I just simply used it for the pain and felt nothing spiritual at that time.

Something was shifting in me. This became problematic when I experienced my first object fly across a room. It was an apple that had been sitting in the fruit bowl for ages. There was absolutely no reason for that apple to go from the bowl across the room. The fact that I saw the apple fly with my own eyes assured me I was not bonkers but the boyfriend I was with shrugged it off. He didn't see it so it never happened. I definitely questioned my sanity but I couldn't deny I saw it.

Not being believed was hard, especially when it was someone I cared about and when things moved a few more times I guess I knew something needed to change. I knew I was experiencing something that could not be explored with that person.

When I look back on this time I now understand why my back was taking so long to heal. I was having a major fibromyalgia flare up but I was undiagnosed at that time. My whole body was in pain, I had terrible fatigue and I couldn’t understand any of it and I was taking ages to heal.

I got my first deck of tarot cards, I had no idea why I got them and it was many years before I could work with them but for some reason I just grabbed the deck.

When I got out of that relationship, it took a few years before anything started happening again but one day, I honestly don’t even know what was going on in my life at the time, maybe I was experiencing some kind of hormonal emotions? Whatever drove it, I was sitting on my bed and saw my glass of water tip over which totally freaked me out, so I went downstairs to refill the glass and on the window ledge by the sink my mum always kept tomatoes in a bowl. As I am filling my glass of water one of the tomatoes flies out the bowl and onto the floor. I don’t know if I said anything to anyone, I was not sure what to make of it still.

The next time it happened, I was married. We were arguing about dvds which were all sitting on a shelving unit that lent up against a wall in the living room. I stomped off up the stairs and as I did this the whole shelf came tumbling down. Not just the dvds, the entire shelf! The shelf that had been there with no movement since we had lived there all of a sudden decided to come tumbling down with a couple hundred dvds, just as I was feeling highly emotionally charged. As it happened, I felt a link, like it was connected to me somehow. My husband still remembers this too. Scared the crap out of him! LOL He still doesn't listen to me though!

Luckily, in the time since the flying tomato and the shelf incident I had become aware of my own energy more and had connected with some of my clair senses and had heard of telekinetic energy. I started to realize that when I was highly emotional, stressed or hormonally overloaded I would unintentionally cause things to move.

Not long after these insights I made a connection one evening that I could also influence the TV or DVD player. I realized this because every time my husband put something on that I didn't want to watch, it would freeze, turn off or have some kind of fault until we put something else on. This happened enough times that even my husband put the two and two together. Infact, he still blames me when what he wants to watch won’t work. I know it's me. I am not consciously doing this at all, it's just when an emotion builds and gets strong enough sh!t happens!

The next pivotal moment for me was receiving a call to tell me that my husband had gone missing. I was in England and he was in the United States when I got this call. So, I phoned my best friend and I am very very very upset and I know something isn't right because I had not been able to get hold of him. As I was talking to her I looked down at my wedding ring and the central diamond had gone. I absolutely lost my mind because I knew that it was telling me something very bad had happened. I later found out he almost died. I honestly believe my own energy popped that diamond out as a warning.

Finally, I am starting to realize that I don’t have a poltergeist! Lol honestly, it has crossed my mind, of course. But, I know it’s me and I know it is linked to my emotions. I’m just glad that nobody has been harmed along the way.

It happened again last summer when I was highly emotionally charged and talking to my mother on a video call whilst sitting on my porch. I said something and in that moment, a massive thud on the roof happened. It shook the porch, my mum heard it from bloody England! I thought maybe a giant eagle landed?!? Or a UFO that's come to take me home? With mum's encouragement I went outside to check but there was nothing on the roof. Again, I had an inner knowing that it was connected to what I was saying and how I was feeling.

So now, I am like Ok, Ok, I get it! When I get a highly emotionally charged crazy weird things happen. Obviously it's not good to let things build up! But truly, on a much deeper level, I understand that my thoughts can affect the physical world and I do not believe that this is an ability that only I have. I truly believe we all do it at more subtle levels all of the time.

Albert Einstein said that "everything is energy... [that] a human being is a part of the whole called by us [the] Universe".

Our thoughts are energy. The Universal Law of Mentalism tells us this energy is mind or consciousness and therefore, All is Mind.

This idea that our thoughts create our reality is not a new concept at all. Many of us have discovered the Law of Attraction and The Secret. This could start me on a whole new thread about manifestation (because its all connected) but I will save that for another time.

I continue to delve deeper into understanding my energy and emotions. As I learn more and tap into its rich layers of inner wisdom, I feel more aligned to my higher path and purpose. I feel a great strength in this awareness. I am recognizing and remembering my essence more and more. I know what IS me and I know what is NOT. I feel safe to trust my emotions as my body's protection. I trust my energy knows what to do.

Each day brings new and exciting opportunities to fine tune my energy, step into mastery and create the life I feel most aligned with.